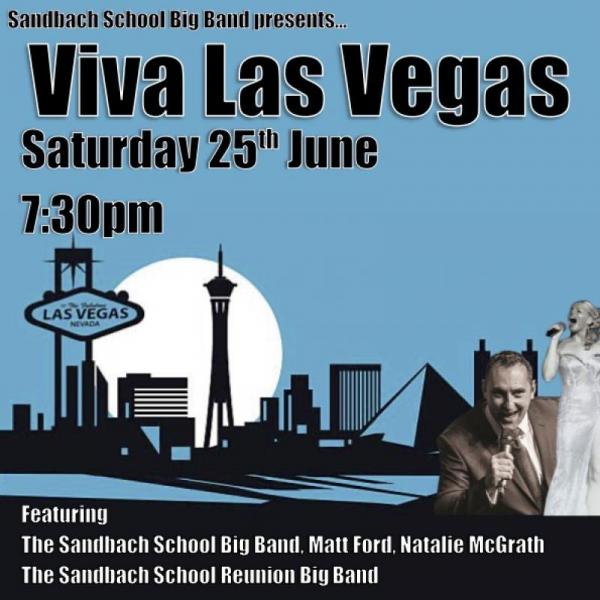 It gives me great pleasure to tell you about a wonderful night of music and entertainment taking place at Sandbach School. On Saturday 25th June our own School Big Band will be playing host to two fantastic vocalists – Matthew Ford and Natalie McGrath. Not only that but for the second half, we have the pleasure of welcoming the ‘Sandbach School Reunion Band’ brought together from former Sandbach School Big Band musicians, who are coming back to join us for the night!

For this year, the Viva Las Vegas concert will be taking place outdoors, at the front of Sandbach School. The Big Bands will be performing on a specially commissioned stage truck with the audience able to enjoy the full sound system whilst seated on the front cricket field. For those attending, we would ask you to please bring a picnic blanket or deck chair for the performance!

Having fronted the legendary Syd Lawrence Orchestra for over 5 years Matthew was voted ‘Best UK Male Big Band Vocalist’ in 2006 and later that year was invited to perform with the world famous Halle Orchestra at the Bridgewater Hall in Manchester. March 2007 saw Matthew nominated alongside Jamie Cullum and Ray Gelato for UK Male Singer of the Year’ in the Ronnie Scott’s Jazz Awards. Since then he has fronted the RTE Orchestra, Royal Liverpool Philharmonic Orchestra, the BBC Concert Orchestra and the BBC Big Band to name but a few. In 2011, 2013, 2016 and 2019 Matthew appeared with the fantastic John Wilson Orchestra at the BBC Proms at the Royal Albert Hall before undertaking the UK tour.

Natalie has performed internationally with her Kylie Minogue ‘Miss Kylie’ tribute act and for the past fifteen years has worked with Matthew fronting the fantastic Bluejuice and A - Bands. Her varied portfolio includes her ‘Decadence’ show, Natalie Mack productions, ‘Understated’ and ‘Absolute Divas’.

Throughout the first half of the concert, Matthew and Natalie will be accompanied by the Sandbach School Big Band. In recent years the group has worked with many of the country’s leading musicians including; Georgie Fame, Derek Watkins, Claire Teal, Simon Willescroft, Johnny Heyes, Gordon Campbell, Louise Dearman, Elliot Henshaw, Colin Skinner, Paul Newton, Andy Scott, Dave Hassall and Kevin Holbrough. In addition, they have been finalists at the National Festival of Music for youth, undertaken tours of Berlin, New England USA, Istanbul, Singapore and New Zealand, appeared on BBC’s Britain’s Got Talent, Must Be the Music and appeared on stage with Stephen K Amos as part of his sell out tour.

Following the interval when guests will be entertained by The Brass Phats, refreshments will be served from the Cricket Pavilion before the second half commences featuring the ‘Sandbach School Reunion Band’ with a programme celebrating great songs from stage and screen.

A bar (including Pimms!) will be available from the Cricket Pavilion from 6.30pm where there will be live music for the guests prior to the show and the audience will be asked to take their seats for a 7.30pm concert start.

Tickets for the event are £10 each and are available from the School main reception on (01270) 758870 or online from https://www.priorbooking.com/u/john-barber

I hope you have the chance to join us for what promises to be a great night!

Additional Terms & Conditions
This is an outdoor event and seating will be on the front school field. For seating, Patrons are asked to bring blankets / deckchairs as required (there is no seating provided on the night). 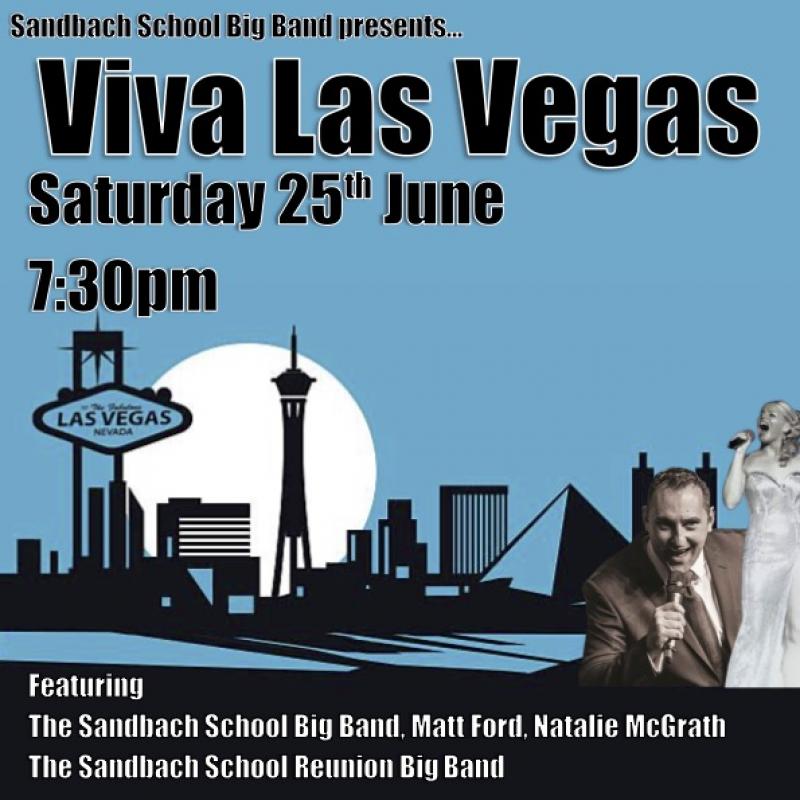