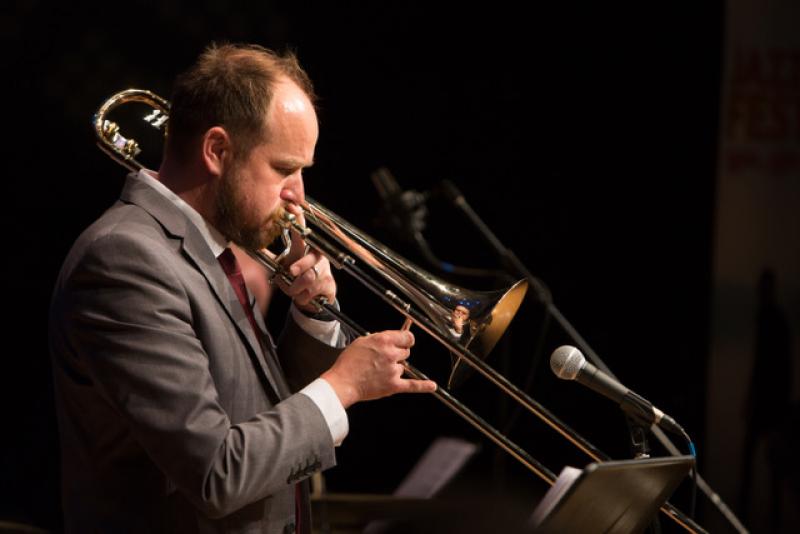 It is with great pleasure that I am able to tell you about a fantastic night of music and entertainment here at Sandbach School.

On Friday 13th March the award winning Sandbach School Big Band will be joined by one of the UK’s leading Jazz trombonists, Kevin Holbrough.

Throughout the concert, Kevin will be accompanied by the Sandbach School Big Band. In recent years the group has worked with many of the country’s leading musicians including; Georgie Fame; Derek Watkins; Gordon Campbell (Lead trombone BBC Big Band); Matthew Ford (Singer with the John Wilson Orchestra, BBC Big Band and Syd Lawrence Orchestra); Elliot Henshaw (Drummer with Tony Christie); Colin Skinner (Lead Saxophone with the John Wilson Orchestra); Simon Willescroft (Saxophonist with Duran Duran) and Paul Newton (Trumpet with Brand New Heavies and the ‘Billy Elliot’ West End Show). In addition, they have been finalists at the National Festival of Music for Youth (2007 and 2011), undertaken tours of Berlin, New England USA, Istanbul, Singapore and New Zealand and given a performance to two thousand people at the 2007 Primary Proms Concert at Chester Cathedral. For the past 10 years the band performed sell out ‘Viva Las Vegas Nights’ with the fantastic A-Band and last year performed two sell out show of Queens Greatest Hits with members of QEII.

This special concert will start at 7.30pm on Friday 13th March in our Theatre Space with refreshments available from 6.30pm in the Refectory. Tickets are £10 each and available from the Main School Reception on 01270 758870 or here at priorbooking.com